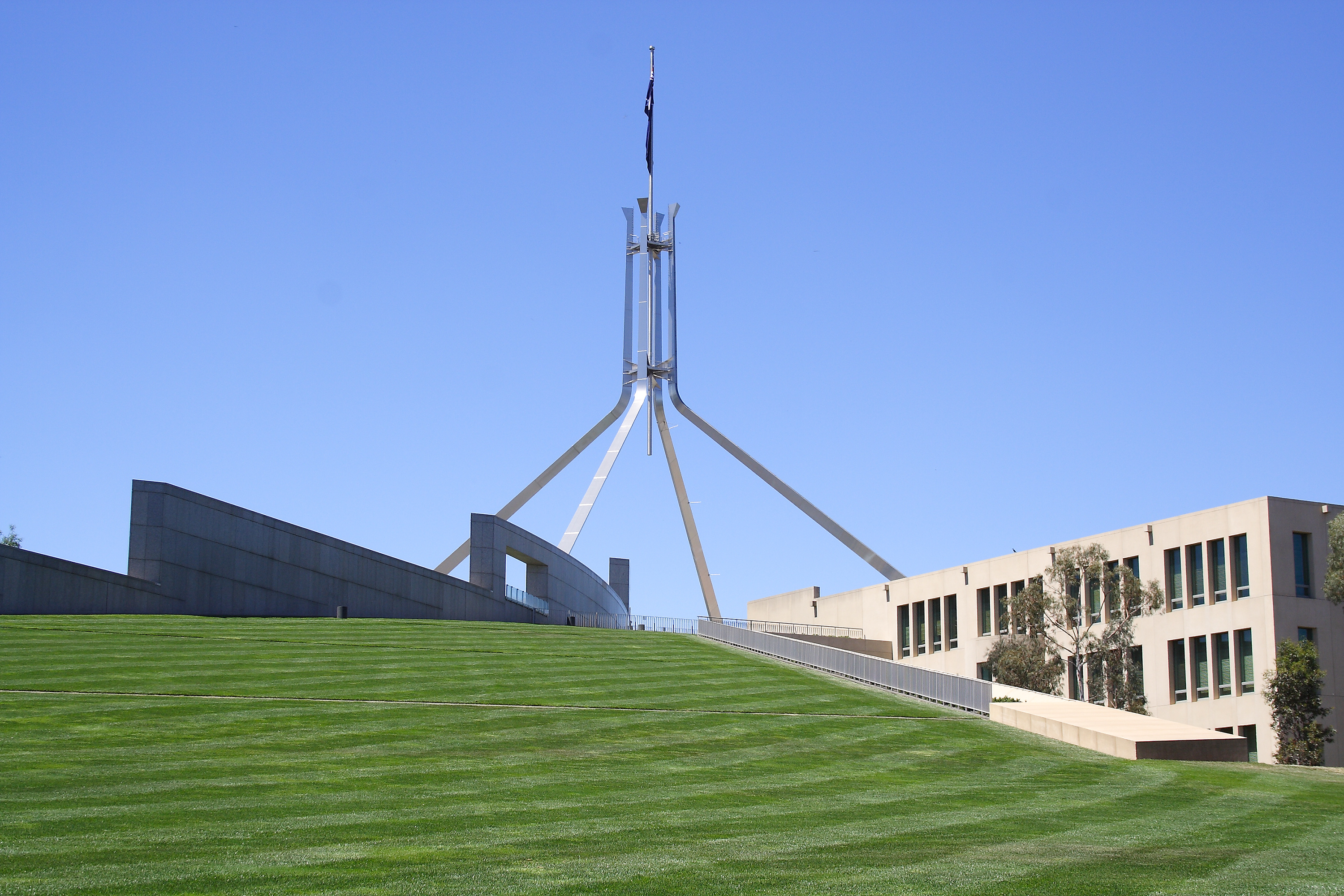 With a Federal Election likely for the later part of 2021, the rumoured reshuffles that will close out this year may present an opportunity for both the Prime Minister, the Hon Scott Morrison MP and Leader of the Opposition, the Hon Anthony Albanese MP to blood some fresh talent into their ministry and shadow ministry.

To this end, the keen political observers here at Nexus have started picking out our ‘ones-to-watch’ from the Class of 2019. It is rare that first term politicians get promoted until at least one electoral cycle in the major parties but some are already starting to make their mark.

In the first of a three part series, we have been looking over the past performance of the new Senators and MPs and picked out our eight who we think will make an impact in federal politics in the coming years.

THE LEADING LIGHTS OF LABOR 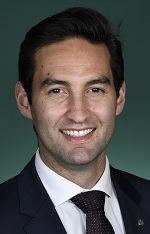 First elected at the 2019 Federal Election, Mr Josh Burns MP is Labor’s Federal Member for Macnamara, formerly known as Melbourne Ports. Mr Burns had an impressive performance in the seat, one considered a vulnerable seat for Labor, thanks in part to the redistribution in Victoria at the last election.

Mr Burns increased Labor’s primary vote and comfortably won the seat with a two-candidate preferred swing of 5.04% in his favour against the Liberal candidate.

Before his election, Mr Burns served as a Senior Adviser to the current Premier of Victoria, the Hon Daniel Andrews MP and also worked for the seat’s former member, Mr Michael Danby. Mr Burns is a member of the House Standing Committee on Environment and Energy; and Chair of the Labor Party’s International and Legal Affairs Caucus Committee.

Mr Burns reliable performance in Parliament and notable bipartisan work on reducing anti-Semitism in Parliament has caused insiders to speculate that he is in an excellent position to quickly rise to the shadow ministry. 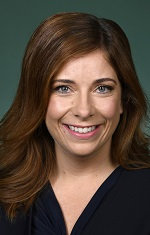 Ms Wells currently serves as Deputy Chair of the Publications Committee and has served on the Privileges and Members’ Interests Committee since 24 July 2019. Before entering politics, Ms Wells worked as a lawyer specialising in workplace injury and road accident compensation law.

As a key member of the right faction within the Labor Party and personally anointed by the former Member of Lilley and ALP National President, the Hon Wayne Swan as his successor, Ms Wells is seen as a strong member of the Labor caucus and is widely touted as an up and coming MP. 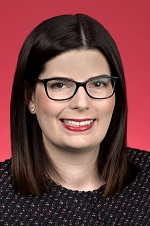 Elected as a Senator for South Australia at the 2019 Federal Election, Senator Smith has had a long history within the ALP from a young age. Before becoming a Senator, Senator Smith worked for Labor member the Hon Kate Ellis MP as a Researcher (2005–2008) and Ministerial Adviser (2010–2012). Senator Smith also worked as a Senior Policy Adviser to former Prime Minister the Hon Julia Gillard MP.

Before entering political life, Senator Smith attained a Bachelor of Arts from the Australian National University and Master of Science from the London School of Economics.

As an up-and-coming member of Labor’s right faction, and with deep connections within the ALP, Senator Smith is seen as a likely candidate to rise the ALP ranks over her next five years in the Senate. 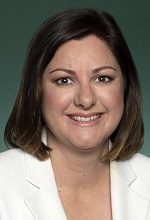 Despite not technically part of the Class of 2019, former Bega Mayor, Ms Kristy McBain MP is definitely one to watch for the future. Holding onto the marginal seat of Eden-Monaro in May 2020, Ms McBain was selected by the Leader of Opposition, the Hon Anthony Albanese MP, as Labor’s candidate to succeed the former member, the Hon Dr Mike Kelly AM.

Before entering federal politics and local government, Ms McBain worked as a lawyer and as a pharmacy assistant. Canberra has never been far away for Ms McBain however, completing a double degree in Law and Communications at the University of Canberra.

Making several public appearances with Mr Albanese following her election in May 2020, Ms McBain appears to be a trusted member of the backbench for the Leader of the Opposition. Although her marginal seat brings her political longevity into question, Ms McBain is a member on the rise and one to look out for in the coming year. 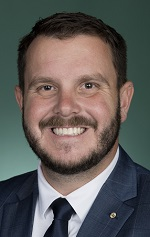 Elected to the seat of Herbert in North Queensland in the 2019 federal election, Mr Thompson is currently the youngest member of the Liberal National Party in the 46th Parliament.

In 2018, Mr Thompson was named the Queensland Young Australian of the Year, for his work in mental illness and suicide prevention. He was also awarded the Medal of the Order of Australia (OAM) for significant service to the welfare of war veterans in 2018.

Considering his background and strong advocacy for veterans, and regional seat, Mr Thompson has been touted for a future position in the defence area since his induction in May 2019. With a broader ministerial reshuffle on the horizon, it is possible that we may see him move up the ranks in 2021. 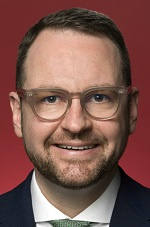 Before entering politics, Senator Bragg worked at Ernst & Young and then went on to work in senior roles at the Financial Services Council and the Business Council of Australia. As an author specialising in economic, foreign and trade policy, Senator Bragg regularly contributes for the Australian Financial Review, Daily Telegraph, The Australian, ABC and Sky News.

A key media performer from the Coalition backbench, and also an effective networker,  Senator Bragg’s profile is continuing to grow and that coupled with strong party links make him a critical Coalition voice to watch moving forward. 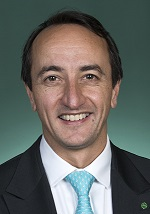 Taking the seat of former Prime Minister, the Hon Malcolm Turnbull MP, Mr Dave Sharma MP was elected as the Member for Wentworth at the 2019 Federal Election. Before he entered parliamentary politics, Mr Sharma was appointed as Ambassador to Israel, which made him one of Australia’s youngest ambassadors.

Serving as the Chair of a Committee during his first term is a good indication of how highly the Leadership Team views Mr Sharma. Mr Sharma’s depth of experience and illustrious career in the diplomatic service makes him a prime candidate for promotion and an MP to keep a close eye on in the years ahead. 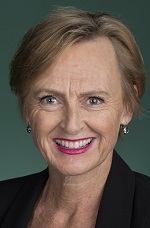 Dr Allen first entered Parliament for the Division of Higgins in the May 2019 Federal Election. Dr Allen has made a quick mark during her time in Parliament, currently serving as the Co-Chair of the multi-partisan Parliamentary Friends of Preventative Health, launched in December 2019.

Dr Allen’s passion for healthcare has been evident throughout her career inside and outside politics. Prior to entering politics, Dr Allen was employed as a paediatric allergist and gastroenterologist at the Royal Children’s Hospital in Melbourne. In 2013, Dr Allen was appointed director of the Centre of Food and Allergy Research at the Murdoch Children’s Research Institute (MCRI).

Dr Allen is well respected from all sides of politics, and her experience and performance, particularly in the health portfolio in Parliament looks set for her to make a mark in 2021.