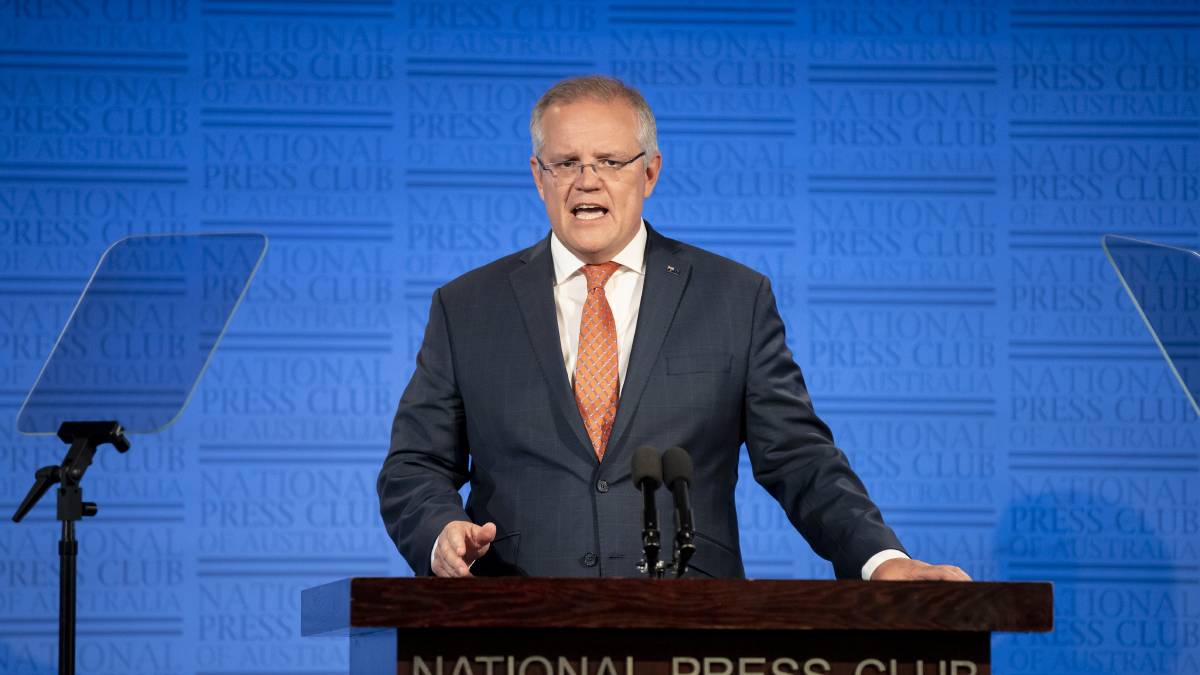 With States and Territories across Australia easing restrictions, the focus for Australia’s leaders has now shifted away from the health response to economic recovery. This includes the Prime Minister, the Hon Scott Morrison MP, who delivered his second National Press Club Address for 2020, outlining the Government’s JobMaker package.

The third Press Club address in two weeks, Mr Morrison continued on from last week’s address by the Minister for Industry, Science and Technology, the Hon Karen Andrews MP, by highlighting the importance of skills, manufacturing, and industrial relations as a part of the Government broader post-COVID economic reform agenda.

We have taken the time to analyse the Prime Minister’s Press Club Address and here are our key insights about the Government’s new reform agenda:

In commencing his speech, the Prime Minister provided further insight into the Government’s timeframe for getting the economy “out of ICU”, commending Australia’s world-class health response and saying that “the reopening of our economy must be followed by a concerted effort to create momentum and rebuild confidence – this will provide the platform then to reset our economy for growth over the next 3 to 5 years as Australia and the world emerges from this crisis”

In his address, the Prime Minister provided an overview of his JobMaker agenda, mentioning the importance of skills training and industrial relations reform. Mr Morrison continued by stating that the Government’s JobMaker agenda will “harness and support that innovation and the partnership’s that are being created” during the COVID-19 Pandemic.

CHALLENGES ON THE ROAD TO RECOVERY

While the Prime Minister commended Australia’s world-leading health response, Mr Morrison outlined the substantial challenges that lie ahead for the Australian and global economy to return to Pre-COVID levels of growth.

The Prime Minister spoke about the importance of overcoming protectionism, speaking about the difficulties with the current WTO appeal system and stating Australia’s willingness to “work together closely with China to actually pull together an alternative system that can get us around this current hurdle.”

Furthermore, Mr Morrison emphasized the importance of keeping supply chains open, stating that  “the global multilateral trading system rules are incredibly important for Australia and they have to work so you’ll continue to see us advocate for them see to reform them and work with those who want to achieve those same ends.”

The major takeaway from the Prime Minister’s address was his vision for a new Australian economic reform agenda to ensure that Australia could cross the ‘bridge to recovery’ following the sharp economic downturn caused by COVID-19.

The Prime Minister mentioned the importance of re-training Australians who lost their jobs due to COVID-19, and outlined the significant work that would be done with States and Territories to ensure that the National Agreement for Skills and Workforce Development is directed towards skills training and that States and Territories are held accountable for that funding.

Furthermore, Mr Morrison outlined the importance of reducing regulatory burdens and called upon industry and unions to form a new industrial relations reform agenda, announcing the establishment of a new time-bound process with stakeholders across five working groups for “discussion, negotiation, and hopefully agreement to produce a JobMaker package” considering reform to a board rage of employment and regulatory issues.

For business and industry, this may present an opportunity to provide insight and context to ensure that the Morrison Government’s economic reforms maximize economic growth and private sector investment as we embark on the path towards recovery.

In consideration of the significant budgetary challenges that have been placed on the Government due to economic stimulus, business and industry should remain cognisant that reforms should be cost-effective and provide clear value addition to Government, as the PM will be reluctant to embark on further expenditure due to the constraints placed on the budget by the Government’s COVID-19 economic response thus far.

Look out for our weekly email this Saturday, where we will explore the fallout from the Prime Minister’s Press Club Address and the possible implications of the Government’s new look reform agenda for business and industry.