Now that the election is over and the Parliament is set to return on 2 July 2019, the Government has released a draft sitting schedule for the remainder of 2019. This raises the question for stakeholders looking to engage: when should you be booking your trips to Canberra?

To inform your decision, here are our thoughts on when it is best to engage throughout the remainder of 2019.

The first week of any new term of Parliament is filled with pomp and circumstance, particularly the opening which includes the Governor-General’s address to both Chambers in the new Parliament on 2 July. While this ceremonial process is important, it is also lengthy. The first sitting day is taken up with procedural requirements for the commencement of the new term, which leaves little time for Parliamentary business.

It is also worth noting that parliamentary offices will be in their infancy during this period, and there will still be a degree of learning to be undertaken by new members and staff alike. You may not be aware, but all new MPs and Senators who have never sat in Parliament before are ‘inducted’ and get a Parliament 101 course on how everything works, what is expected of them and some tips and tricks for the new starters.

And then there is the key legislation that the Coalition will want to pass early in the Parliamentary term – the tax cuts for Australians.

These significant events result in there being limited opportunities to engage during this first week.

The Parliament next sits in the last two weeks of July. By this time, it is likely that parliamentary offices will be running but many will still be acquainting themselves with the ebbs and flows of Parliament House. Despite this, this sitting fortnight presents the first real opportunity for business and industry to engage with MPs and Senators in Canberra.

Parliament sittings then take a break throughout August and reconvene during September. In our experience, the Parliamentary Sitting fortnights in September and October prove to be one of the optimum times to engage at Parliament House. This is especially true this year, given the disjointed nature of politics due to the Federal Election.

By September, most political offices will be fully operational and more likely to be open to engaging with stakeholders. However, other organisations may also recognise this, and these sitting fortnights could attract a number of stakeholders seeking to engage. Businesses and industry should be aware that engagement in these weeks may need to be planned out well in advance.

Parliament will sit again in October, presents a similar level of opportunity to engage as the September fortnight sittings. Worth noting is that the second week of the sitting fortnight is Senate Estimates which will command the attention of most senators and their offices. For Ministerial offices, Senate Estimates is also an extremely busy time as they ensure they are ready for Estimates hearings.

Parliament reconvenes in November, where a Senate-only sitting week will be held in lieu of the House of Representatives-only sitting week in October. A Senate-only week presents stakeholders with a unique opportunity to engage with new senators without the complexity associated with a full Parliamentary sitting.

Rounding out the 2019 Parliamentary Sittings, the final sitting fortnight spans the last week of November and first week of December. This week is usually filled with light-hearted and Christmas-themed events, as politicians and staffers will be looking to blow off steam after a long year. There are events throughout Parliament House every night during this period but are not typically situations where stakeholders should look to engage on serious and pressing issues.

After this, Parliament will break for the holiday period and the month of January, likely to reconvene in early February 2020.  Historically, the next year’s calendar is typically released in November each year.

Given that opportunities for meaningful engagement at Parliament House are likely to be hard to come by throughout the remainder of 2019, business and industry should also consider that they can engage in the home states of MPs and Senators. This may provide better results as MPs and Senators will not be distracted by the free-flowing nature of Parliament House.

At Nexus Public Affairs, we have an experienced team that has organised numerous roadshows for a range of clients. If you would like assistance in arranging a roadshow, please don’t hesitate to contact our team. 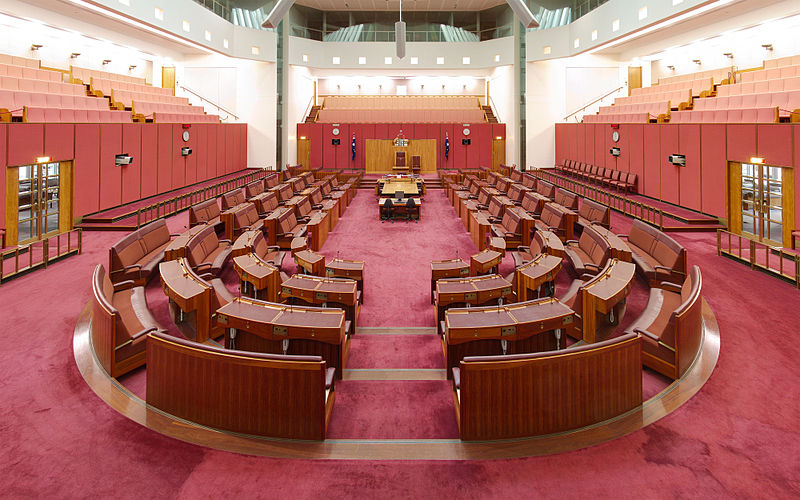