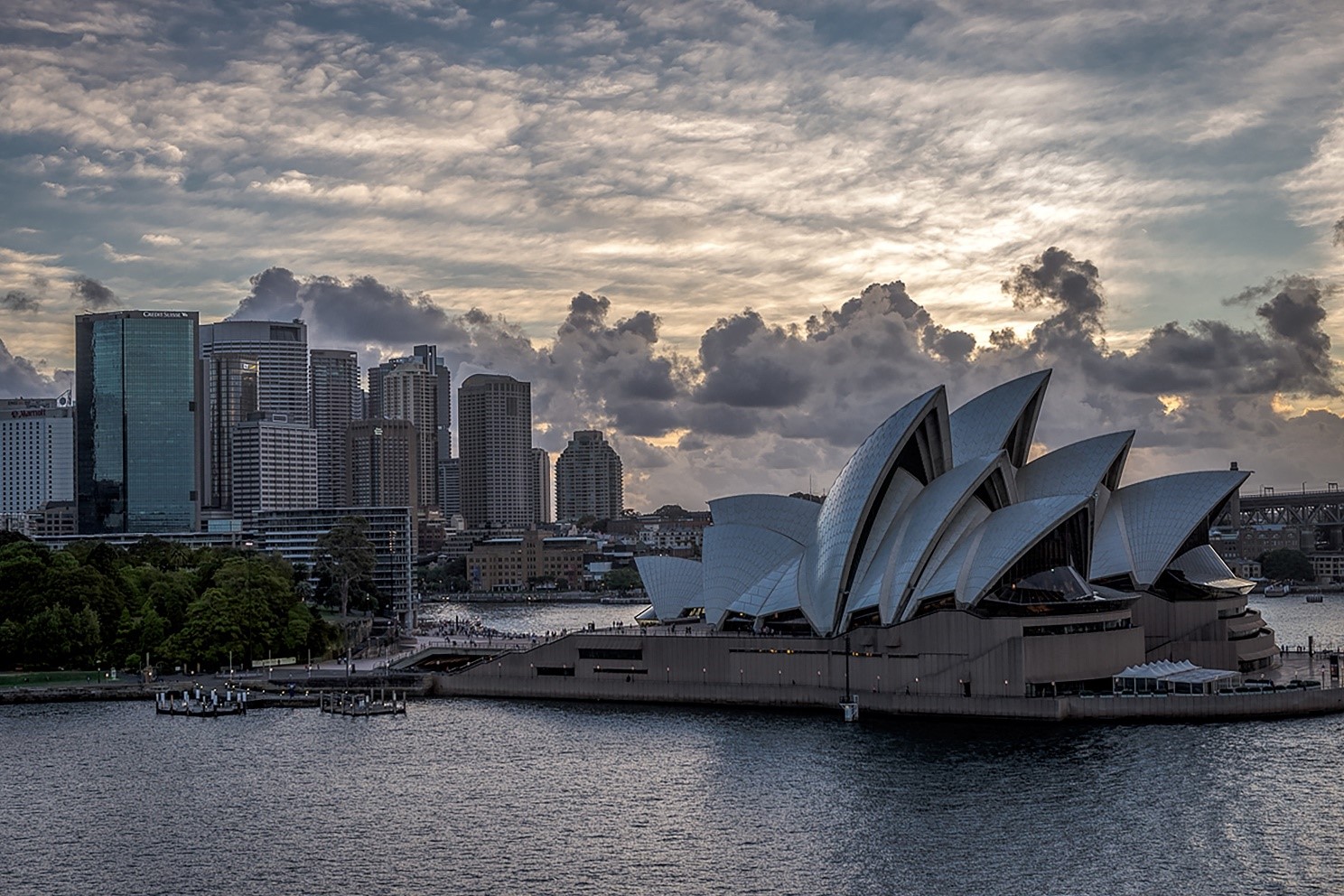 The most populous state in Australia, New South Wales (NSW) contributes more members to the House of Representatives than any other state. Given the sheer number of seats located in a wide range of areas with voters that hold a variety of opinions, NSW is always likely to present an unexpected result at any election.

However, the people of NSW must be feeling some form of political fatigue given that the federal election was called not more than a month after the NSW state election. Despite this, the major parties will be hoping that any voter disdain will have been aired and any protest votes cast at the state election, with both parties aiming to retain and gain a number of marginal seats in NSW.

The Liberal Party will be fighting to retain seats on multiple fronts, including in Reid, where the sitting member, the Hon Craig Laundy MP, has announced his retirement from politics. The seat is considered to be marginal, and both leaders have already spent significant time campaigning in the seat. The Liberal Party have even rolled out former prime minister, the Hon John Howard AO, to build support for their new candidate, Dr Fiona Martin. Labor will be hoping to gain Reid back from the Liberal Party and history is on their side, as Mr Laundy has been the only Liberal member to hold to the seat in its 97-year history.  On the flip side, Sam Crosby, head of the McKell Institute, has been campaigning hard for more than a year, and was seen out and about in the electorate this week with former Labor prime minister, the Hon Kevin Rudd.

Meanwhile, the Nationals will be concerned for a couple of the seats they hold in regional NSW, including Cowper, which is held on a margin of 4.6%. This seat would not normally be considered at risk but the soft results for the Nationals in rural NSW at the recent state election, along with the retirement of long-time member, the Hon Luke Hartsuyker MP, may be a dangerous combination for the Nationals. New candidate, Mr Patrick Conaghan will be facing a significant challenge from Mr Rob Oakeshott, who previously held the seat of Lyne from 2008 until 2013 and gave support to enable Labor to retain government in 2010 until 2013. However, this association has not seemed to hurt Mr Oakeshott’s popularity significantly, as he ran in the seat of Cowper against Mr Hartsuyker at the 2016 Federal Election and received nearly 27% of the first preference vote.

This was a matter of concern for the Coalition given that Mr Oakeshott only announced his intention to run weeks out from polling day. This time, Mr Oakeshott has given greater notice on his intention to contest the seat once again and given the typical swing against the party of the retiring member, Mr Oakeshott poses a significant threat to the usually safe Nationals seat.

Other seats that are at risk for the Coalition in NSW include Gilmore (Liberal, 0.7%), Robertson (Liberal, 1.1%), Banks (Liberal, 1.4%) and Page (NATS, 2.3%) as well as Warringah (Liberal, 11.1%), where polling has former prime minister, the Hon Tony Abbott MP, engaged in the tightest contest of his political career against independent candidate and former Olympic skier, Ms Zali Steggall OAM.

A possible gain for the Liberal Party is the seat of Wentworth, which fell to independent member, Dr Kerryn Phelps MP at the infamous by-election in October 2018. Won by a slim margin of around 1800 votes, Dr Phelps will be facing the challenge of her Liberal opponent from the by-election, Mr David Sharma, once again. Concerning for Dr Phelps is that the bookies currently have Mr Sharma ahead, and it is unclear whether the anger with the Liberal Party that saw Dr Phelps win the seat in 2018 is still present in the electorate, or whether traditional Liberal voters return to the party at this election.

The Labor Party will also be fighting to retain a number of marginal seats, but none is more marginal than Lindsay. Lindsay, a former ‘bellwether’ seat (a seat held by the party that ultimately forms government), fell to the Labor Opposition at the 2016 election, which at the time was the first time this had occurred in the seat’s 33 year history.

The seat will be an important one to win for both parties, with both leaders expected to spend considerable time in the electorate. Labor’s candidate is former NSW minister, the Hon Diane Beamer and the Liberals are running Ms Melissa McIntosh.

Labor will also be looking to retain another former bellwether seat in Eden-Monaro, which completely surrounds the ACT. Won by the ruling party at every election since 1972, the Hon Dr Mike Kelly AM, MP broke this streak in 2016, winning the seat back from Liberal Party after he was defeated at the 2013 election. Dr Kelly will be looking to retain the seat at this election, facing a challenge from the Coalition in the form of Dr Fiona Kotvojs of the Liberal Party and Ms Sophie Wade of the Nationals.

As with all states, the people of NSW vote for six senators at a half-Senate election. These elected senators will serve a six year term.

This year, the following senators will be up for re-election: Senator Mehreen Faruqi (Greens), Senator Jim Molan AO, DSC (Liberal), Senator Brian Burston (United Australia Party) and
Senator Duncan Spender (Liberal Democrats). Senator John Williams (Nationals) and Senator Doug Cameron (Labor) terms are also due to expire at this election but they have both previously announced they would be retiring at this election, ensuring two new faces will be joining the Senate after the election.

Taking the first preference Senate vote from the 2016 election, it is very likely that the Labor Party will win two Senate seats at the 2019 election. This would reflect a gain of one seat for Labor. The retirement of Senator Cameron has given Labor’s senate ticket in NSW a fresh look, with Mr Tony Sheldon, a former National Secretary of the Transport Workers’ Union, occupying the top spot on the Senate ticket, with the second position on the ticket going to Mr Tim Ayres, a former NSW Secretary of the Australian Manufacturing Workers’ Union. Both men have not run for the Federal Labor Party previously and will likely bring freshness to Labor’s NSW Senate team, which will also consist of Senator Deborah O’Neill, Senator Jenny McAllister and Senator Kristina Keneally.

Meanwhile, the Coalition is almost guaranteed to retain its two Senate seats, and if there is a strong enough flow of preferences to them, could possibly pick up a third.

However, this would not see the re-election of Senator Jim Molan AO, DSC, who has been placed fourth on the NSW Coalition Senate ticket, with the third position given to a Nationals member. Senator Molan, who was the replacement for former senator, Ms Fiona Nash, in a National Party vacancy, won the third position on the Liberal Party Senate ticket.  The top two candidates selected were leading disability and rural advocate, Ms Hollie Hughes, who was originally set to replace Ms Nash before being ruled out for constitutional issues.  The other Liberal Party candidate is Mr Andrew Bragg, a former Acting Federal Director for the Liberal Party who recently removed himself from the Wentworth by-election pre-selection race last year.

The Greens face an uphill battle

Former outspoken Greens senator, Ms Lee Rhiannon has left the Senate since the 2016 election, after a long history of documented instability between herself and the rest of the NSW Greens.

This instability had resulted in the NSW Greens to preselect now Senator Mehreen Faruqi, who at the time was a Member of the NSW Legislative Council, above Ms Rhiannon on the Senate ticket. Ms Rhiannon saw this occur and instead decided to resign from Parliament immediately, allowing the Greens to fill the vacancy with Senator Faruqi. She will now face the challenge of being re-elected in a few weeks’ time, with the recent NSW election showing a drop in support for the Greens, with their primary vote around 9%. The Greens will need a significant flow of preferences, most likely from the Labor Party, in order to retain their position.

The Shooters, Fishers and Farmers (SFF) will be a party people need to keep an eye on in the NSW Senate race. At the recent state election, there was a degree of discontent with the Nationals in rural and regional NSW, and the SFF capitalised on this to win 3 Legislative Assembly seats and have secured at least one Legislative Council position. However, with their vote at the state election hovering around 5%, they will need a significant increase in support at the federal election to be a serious threat for a federal Senate spot.

One Nation may also pose a threat in the Senate race once again, after they won a seat at the 2016 election. One Nation appears to have increased its support in NSW since 2016, receiving nearly 7% of the vote in the Legislative Council race at the recent NSW state election. If this was to be repeated at a Federal level, it would represent approximately half a quota for One Nation at this election. However, it is unclear whether this upturn in support was merely the name recognition their lead candidate, former Federal Labor leader and now Member of the NSW Legislative Council, Mr Mark Latham MLC, or whether this was a genuine show of support for the party as a whole.

Our call: The Coalition and Labor to win two Senate seats each based on strong first preference votes at the 2016 election. This will see the Labor Party increase their NSW Senate representation by one. The result would see the election of four new senators: Mr Tony Sheldon (Labor), Mr Tim Ayers (Labor), Ms Hollie Hughes (Liberal) and Mr Andrew Bragg (Liberal).

The final two seats will be a tight contest between the Greens, United Australia Party, One Nation and the major parties. We’re predicting that the Greens look the most likely of the parties to gain the next Senate position, given the strength of their vote at the NSW state election, and the probable flow of excess preferences from the Labor Party. This will see the re-election of Senator Mehreen Faruqi.

The final Senate seat is likely to be a contest between One Nation, United Australia Party and the Coalition. At this time, it is unclear what share of the vote the United Australia Party will receive at this election with recent polling showing that support ranges from 5% to 14% in a number of marginal seats. However, this does not mean that they will receive this vote statewide, so it is very unclear just whether this will translate into a Senate seat.

We’re predicting that, provided there is a swing against the Liberal Party in the NSW Senate as polling currently predicts, the United Australia Party would pick up the last seat, given the probable decline in the One Nation vote given their controversy-filled past few months, as well as the likely flow of Coalition first preference votes to the UAP. This will see Senator Brian Burston re-elected. 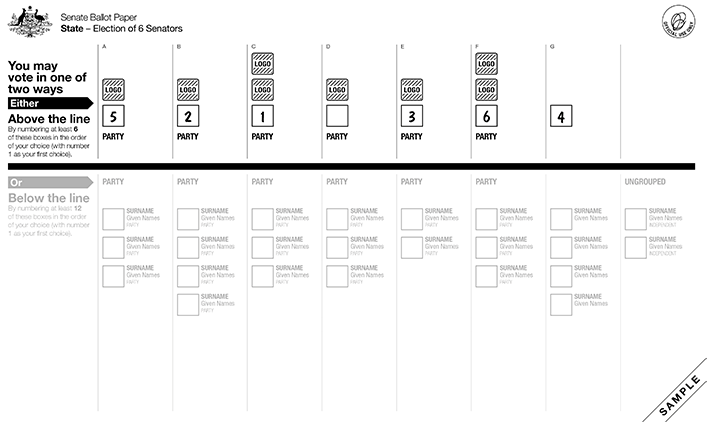